Argenil is an EDM duo based out of Bangalore, India, consisting of producer, percussionist and Saxophonist Rohit Gandhi and Guitarist and DJ Anil Prasad. The duo makes "Hindustani House and Trap" music. They've been developing their music for years, and are making a name for themselves as two of the most innovative and creative producers out there. Their upcoming debut album is a genre-defying collection of songs that blends together house, trap, Hindustani classical, pop and hip-hop into one unique but instantly recognizable Argenil sound. Their live show is more than just a DJ set. Between the two of them they can play guitar, bass, drums, tabla, and saxophone, and they often feature other artists on stage including flautist, rappers and singers. They can of course tailor their set to any venue, and can put on a great DJ set if necessary.

Their first single, “Tha-Di-Ki-Na Thom”, is a unique combination of Indian classical music and traditional EDM unlike anything currently on the market. They have been featured on radio stations across the globe involving many European radio stations as well as over 9 dozen stations across North America. They’ve shared stages with Troyboi, Mossel, Sartek, Shaan, Zaeden to name a few.

With an exciting, original sound and a killer live show that incorporates many live instruments, Argenil has a big and busy year ahead of them. 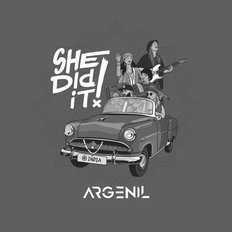 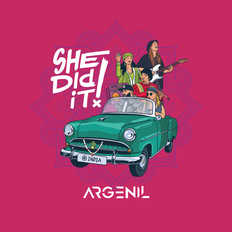 SHE DID IT
by Argenil

75
Musicians earn 70% of the net price of their music being sold on OK Listen | Support musicians you love | Buy legal music at www.oklisten.com
oklisten
Now Playing:
Current Playlist
Update Required To play the media you will need to either update your browser to a recent version or update your Flash plugin.