We are a Groove/ Heavy metal band from Pune and have
been around the Pune metal circuit for more than two and a
half years. The core of our music stems from melody and groove and
each song represents different and varied ideas of society, its
nuances and paradoxes. We value our performances with our sound, power, energy
and the ideas that we would like to convey through our
music.

Adwitya Sharan
(Vocals) - Looks can be deceptive and our
vocalist never ceases to amaze the
audience with his powerful, clear
and resonant growls which brings
out the emotion and the ideas
portrayed behind every song. He is one of the driving forces behind
the band’s initial formation and is
generally known as someone who is
easily approachable.

Ronnie Joseph
(Guitars) - Not just one of the thinking heads
behind the riffs but also responsible
for our guitar tones and has never
let us down. Ronnie is more about the leads
which is what gives us our
uniqueness in terms of sound. In
spite of his 8 to 5 job, he has never
failed to commit to the band.

Siddhartha Iyer
(Guitars) - Not only known for his speed,
Siddhartha is a power
shredder who also comes up
with fast but melodic riffs
which fit perfectly in our
compositions. He is also a talented artist and
has come up with numerous
thought provoking drawings
and paintings.

Akshay Nathwani
(Drums) - The powerhouse of our
band Akshay Nathwani can
destroy a gig with his
groovy drum licks even
without the aid of a sound
system. He’s the official fun guy for
the band onstage and
offstage, always busy
fooling around with
everyone and everything.

Avadhoot Ket
(Bass) - Avadhoot is one of the few bassists
who really know how to groove
with the drums apart from his
solid bass lines that add groove to
our songs. He is also famous for his groovy
moves on stage that make the
audience go crazy.

Our Objective
• Keep on writing music which speaks out against societal evils
which is the core ideology of our band.
• To perform at every venue all over the world so that our
audiences not only enjoy our music but also get exposed to
our sound and the ideas that we would like to portray
through our music and our performances.
Band Achievements
• Debut EP released on June 14th 2014 at Blizzard.
• 2nd at IIT Rendezvous 2013.
• Winners SIT Reverb 13.
• Winners Channel V Launchpad, Pune Zonal, best guitarist at
the same event.
• Finalist Launch pad 2012 Goa, Winners VH1 reprise 2013,
NICMAAR 2012 runners up, best vocalist and best bassist in
the same event, 2nd runner's up in AIT battle of bands and
best guitarist, Winners Sea Rock zonal (Mumbai),
CRESCENDO 13 runner's up (best guitarist), Winners at
AFMC Synesthesis-13 (best guitarist), 1st runners up
Symbhav 2013, 2nd runners up at M.A.N.I.T Bhopal etc. 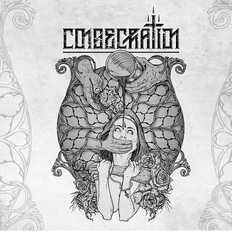 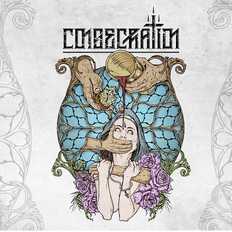