Initially, in 2011, Karikeya, Ruben and Sagar co-founded Fragarak and had formulated the kind of music to be pursued with the initiation of the band. Arpit and Supratim were the much needed addition to the line-up to fortify the intent with the musical ideologies going in the same direction for the band.Thus the entity of Fragarak came into being. Fragarak came into existence in early 2011 and laid the foundation for one of the most promising acts to newly emerge out of India that year. The band draws revelation from “Fragarach”, a legendary sword from the Celtic mythology.

The first single – Insurgence – was released in September, 2012. It sounded full with the potential and took the audience by storm.
After initial months of their formation, the band played a few live shows, including their debut appearance at New Delhi’s first of its kind extreme metal event – “Pandemonium – the Uprising”. Seemingly, they were shut in designing of the masterful full-length, for which they entered studio in February of 2013. By this time the band had started to develop a following in the local scene, as people were expecting something big from their declaration of a full-length release, that too within less than a year of their formation.

In less than a year Fragarak independently released their full-length debut album – 'Crypts of Dissimulation' – on 5th May, 2013.
What befell in May, 2013 was a ground-breaking achievement in the scene of Indian metal debut. Within weeks of the full-length release, “Crypts of Dissimulation” (6 tracks, 40 minutes run-time) was being touted as one of the “best debuts in Indian metal” by more than few indie music review portals.

The album offered Death Metal rooted in an old school spirit, yet with a progressive attitude. The structures have been thought out masterfully, and they grows on you more with every listen.

Following the critically acclaimed album release, the band embarked on its set of tours to accomplish its already growing fan-base.

With numerous copies of the album and merchandise tees being sold all over the country and also quite notably abroad, their audience base has been stably increasing, with the newer reviews continuing to pour in the praises about the album.

2014 started off with their instrumental demonstration video of “Cryptic Convulsion”, the 4th track from the album. It was featured on Gear Gods as ‘International Playthrough of the Week’. To add on, they were poised to cross boundaries and play as the only Indian band at “Nepal Death Fest” which was held in Kathmandu on 11th January, 2014. This was a multi-nation fest featuring extreme acts from across the sub-continent and Fragarak once again continued to render their consistent live offerings.

In May/ April (2014), Fragarak toured China in support of 'Crypts of Dissimulation', making Fragarak the first Indian band to tour China. 'Convulsion at Mainland Crypts' has become one of the band's career highlights. The band toured China alongside some elite acts such as Narakam (CN), Wolf Spider (PL), Impiety (SG), Nevermore. 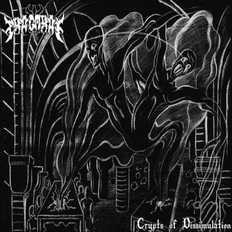 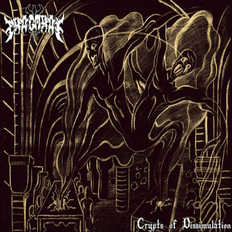