Gaurav is the lead vocalist and frontman of the group 'Synchronicity'. Synchronicity is also the name of the series started by Gaurav in which he performs mash-ups of popular Bollywood and Western songs. The first mashup to be recorded and shot as a music video in this series was Tujhe Bhula Diya / Hello. The video has had over 500,000 hits on YouTube. Subsequently, two more tracks, Yara Sili Sili / Careless Whisper and Pee Loon / You Sang To Me were released to a great response. With several requests to perform live, Gaurav and the musicians involved, got together to form the band Synchronicity. Gaurav and Arunima Bhattacharya are the permanent singers in the group, while guest singers in live shows include names like Neeti Mohan, Shalmali Kholgade,Rahul Saxena, Natalie De Luccio, Ustad Sawan Khan, Thomson Andrews and Vidhi Sharma.

Prior to this, Gaurav composed an item number called Kaafirana in the film "Joker", directed by Shirish Kunder, starring Akshay Kumar and Sonakshi Sinha. The song was sung by Sunidhi Chauhan and picturised on Chitrangada Singh. As music director, Gaurav's first release was the movie Lanka, which released on 9 December 2011. The film was directed by Maqbool Khan and was produced by filmmaker Vikram Bhatt. The song 'Sheet Leher' won 2 Radio Mirchi Music Awards. Amongst other songs composed by Gaurav has been the song 'Soniye' from the film Will You Marry Me. The song has been sung by Pakistani singer Rahat Fateh Ali Khan as has been written by lyricist Shabbir Ahmed. Gaurav has also featured in the music video of the remix of 'Soniye', alongside Bollywood actors Rajeev Khandelwal, Shreyas Talpade and Mugdha Godse. 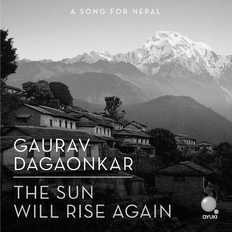 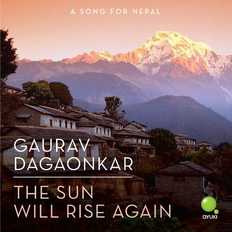