Kaluram Bamaniya belongs to a vibrant tradition of singingbhakti poets such as Kabir, Gorakhnath, Bananath and Meera in the Malwa region of Madhya Pradesh. He comes from a family of farmers, but has taken to singing as a full time occupation himself. From the early age of 9, Kaluram started accompanying his father, grandfather and uncle on the manjiras. When he was 13 years old he ran away from home and went to Rajasthan, where he absorbed a wide repertoire of songs from an itinerant Mirasi singer Ram Niwas Rao for 1-2 years. For Kaluram, singing Kabir is not merely a profession, it's a way of life. "You get a lot of power, you get fearless by singing Kabir," he says. His impish wit adds colour to the direct simplicity and soulfulness of his songs. While continuing to be part of the satsang tradition in Malwa, Kaluram and his troupe give many public performances in the state and the country. He sings and plays the 5-stringed tambura and khadtaal and is accompanied by his troupe on the dholak, violin and manjiras.

Kaluram ji has been associated with the Kabir Project since 2002, and his music and interviews have featured in films (Had Anhadand Kabira Khada Bazaar Mein) and audio CDs (Kabir in Malwa) produced by us. A CD of his songs is also part of a compilation created by Reena Ginwala, entitled Kabir Saamagri. 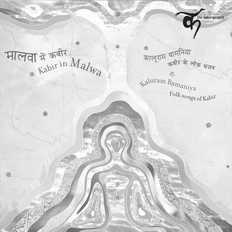 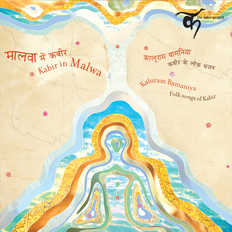 Kabir In Malwa
by Kaluram Bamaniya