Mohan Ki Leela' is Hindustani vocalist Krishnna Natarajan's works / band / compositions. Krishnna Natarajan , an Engineer, IIM graduate turned Hindustani Vocalist and Composer is based in Mumbai. He has been giving engrossing performances in Hindustani Vocal  across India since 2008. In 2011 he started working towards two experimental albums "Dark Realm" and "Turiya" with the help of musicians in India and abroad.. These works are experimental and have elements of Classical, Pop and Rock. "Dark Realm" deals primarily with Dark themes like Insensitivity of Man (Dar Laage) , Romance (Mera Mann) , Separation, &Anguish (Mera Mann Dark) , Corruption etc. In the opening song "Dar Laage" tuned by the late Ustad R.Harysonji ,  Kabir laments about what the world is coming to.  "Pudu Ulagam" featuring London based Rapper "Wan Cee" and talking about the creation of a new world  by doing away with poverty etc. is a song of unity and hope in the Dark Realm. "Flight of the lone eagle" an idea which struck Krishnna Natarajan when he gazed at some eagles in the sky  while waiting at New Delhi Railway station  has a grim but majestic feel to it.  An easy to listen experimental album, with a serious feel  and the original ,striking and enchanting voice of Krishnna Natarajan. Music Arrangement and Programming by Sandeep Kumrouth, Guitars  by Vichoo Iyer, Flutes- Sandeep Kulkarni, Raps- Wan Cee. 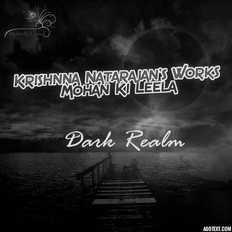 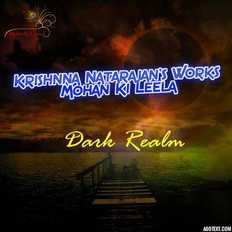