Moongphali is India's freshest & fastest growing modern-rock sensation. Experience ultra-powered performances & radical vibes with tracks that render Rock, Pop,Progressive & Experimental styles into a brand new #RoastedRock exploit, for the everyday listener. With a performance history of more than 2.5 years in the Indian subcontinent, Moongphali keeps the crowd on edge through its catchy melodies & high-voltage live act.

The band released its debut Groove-Rock album 'Charchebaazi' on 28th November 2018, across the world wide web.

'Charchebaazi' is a 7-track foray into the independent music circuit, with genre-defining songs that talk about true worth, the friend-zone, social media addicts and the world of today in the band's honest and unadulterated view. The music has been well recieved during the band's ongoing performances at college festivals and public shows across the Indian subcontinent. Give 'Charchebaazi' a listen today!

The fantastic-four have also been well known for their award winning renditions of Bollywood Chart-busters across audiences & platforms for songs such as 'Dil Se', 'Humma' and 'Kabira'.

The bandwagon comprises of Soham Mallick on Vocals, Joel Lepcha on Guitars, Salil Mehrotra on Bass and Naman Datta on Drums. 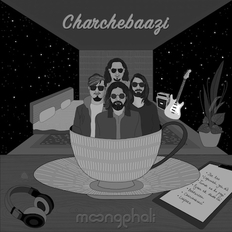 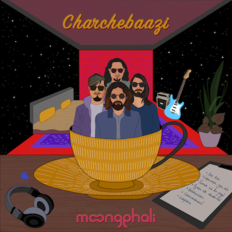 100
Featured Video
Musicians earn 70% of the net price of their music being sold on OK Listen | Support musicians you love | Buy legal music at www.oklisten.com
oklisten
Now Playing:
Current Playlist
Update Required To play the media you will need to either update your browser to a recent version or update your Flash plugin.