NORTH was formed in early 2012 started by lead musician and songwriter Jordan Johnson, drummer Akshay Deokuliar and electric guitarist Shobith John, and were joined shortly after by Sean and Zoe Tuckey contributing to the band bass, piano and vocals. Drawing from a vast array of musical likes, NORTH fit into a alternative rock genre with elements of Blues and Soul. NORTH is comprised of a bunch of eclectic creatives; photographers, writers, an actor and a producer. The band members bring to NORTH years of experience, and have been seen on stage and in music festivals in New Zealand, Thailand, South Africa, England, Ireland, Nepal, and India. They found themselves sharing a love for India where they have all, for different reasons ended up, but ultimately they share a passion and love for music. “Pieces of Mind” took about two years to come to life. Jordan Johnson started composing and arranging the songs in 2012 and was joined by drummer Akshay and electric guitarist Shobith. Bassist Sean and vocalist Zoe were listening in from across the ocean, eager to join. They moved across to India in 2013 and NORTH was officially formed and the album, “Pieces of Mind” started to take shape. The album is a sort of musical stop-motion picture of lessons learned, capturing the most significant moments in Jordan’s life and all the band members have added their own flavour to make it what it is. Album artwork - Kara Shim Producer - Julian Wiggins | Mastering - Nigel Palmer | Music & Lyrics - Jordan Johnson 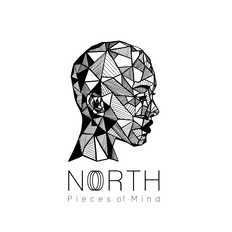 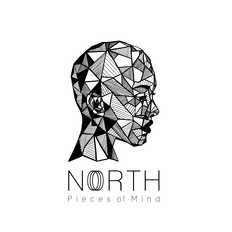 Pieces of Mind
by North