Mr. Pruthviraja L is a poet and novelist in Karnataka. He was passionate towards writing the poems in his childhood itself,
but due to lack of creative platform, his talent has got struck during that period. His mother gave him a challenging strength to enrich his knowledge.

He has three novels, three songs books and a personality development book in his credit. All these contributions have been recognized by the

Central Library-Bangalore and accepted to distribute throughout Karnataka with tribute. He took this support has an evergreen enthusiasm for his life.
He started writing the songs since 2010, now the journey had given a lot of experience to write professional songs too.

This album was released in 2014 in the local area, but now the artist is ready to distribute it globally to exhibit the hidden talent

with the spirit of a freelancer. Now he became a songwriter, story writer, music composer and freelance lyricist.
A special thanks to "Dr. Gopala Naik Land Dr. Kamala R" from my bottom of heart for their unlimited support and encouragement in my life.
He is the lifetime memeber of Kannada Saahitya Parishath-Karnataka and actively involved in writing the articles, poems in various journals and newsletters.
He also served as an Assistant Professor in JIT-Davangere for four years, during that period he wrote an engineering textbook too witn the help of "IK International Publishing House Pvt Ltd.- New Dehli".
In this album the artist gave more importance to nature and love.
His vision towards the nature and love resulted a new style lyrics in ever glowing Kannada Language.
The artist heartely thank all the supporters for their valuable suggestions and new style of inspiration.
The artist express the deepest thanks for Shri Jnanamurthi(Keyboard Songcomposer)
and Shri Selva Kumar(or 'Kutti'-who gave very good music-beat for the film Mungaru Male and other famous Kannada films)
A special thanks to singers Amruthavarshini, Tejasvi M, Mallika Hiremat who sung excellently. The song "Nanna Taare" has been sung by the artist.
contact 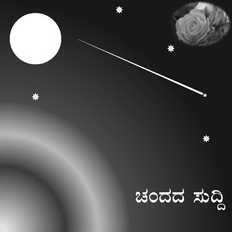 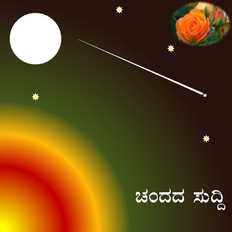 49
Musicians earn 70% of the net price of their music being sold on OK Listen | Support musicians you love | Buy legal music at www.oklisten.com
oklisten
Now Playing:
Current Playlist
Update Required To play the media you will need to either update your browser to a recent version or update your Flash plugin.