Quarantine is a 5 piece Groove/Thrash Metal band from Bangalore, India. The Band currently consists of Siddhanth Sarkar(Vocalist), Sukruth Mallesh(Guitarist, Vocals), Akash Shivakumar (Guitarist), Kiran Kumar (Bassist), Shreyas Ramesh (Drummer) . Apart from Guitars Sukruth Mallesh is also the Manager of the Band. The Band recorded their Debut album in the later half of 2013 and later half of 2014 at Adarsh Recording Studios in Bangalore, Engineered by  Nikhil Suresh, Akash Shivakumar, Sukruth Mallesh,  Mixed and Mastered by Keshav Dhar(Skyharbor).

Quarantine has always been noted for its blend of Groove and unconventional Thrash Metal.  The band also incorporates clean vocals and Instruments like Violin and Psychedelic Synth, and  bags major influences from Western Classical, and old school Metal music.  .Lyrically the band has a strong content about  Corruption, Inequality, and right of Freedom which are ever present in India's socio and political systems.  Another big influence on the band has been The Legendary groovers from Pantera and The American Groove Metal Band Lamb of God. 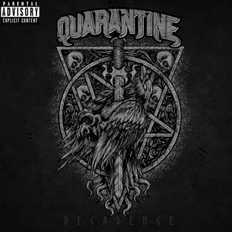 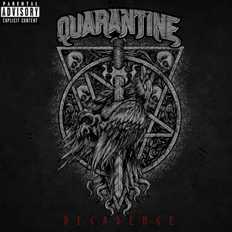