Vaibhav Ramani - a Carnatic violinist from Bengaluru, is a student of Vid. Sri Kumaresh of Ganesh-Kumaresh fame.

He has been performing widely as a solo violinist and accompanist in South India and abroad and has accompanied many prominent stalwarts of Carnatic music including Vid. Abhishek Raghuram, Dr. Jayanthi Kumaresh, Dr. Renganatha Sharma among others.

He is a B High grade violinist of All India Radio, Bangalore. He has received several awards and prizes.

He released his first album titled 'Hamsanadam- a Tribute to My Guru' with Vid. Patri Satish Kumar and Vid. Giridhar Udupa, which has been well received. 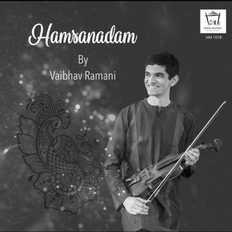 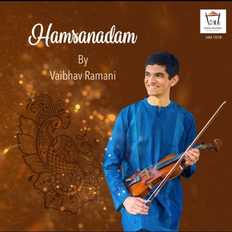 Hamsanadam - A Trib...
by Vaibhav Ramani

115
Featured Video
Musicians earn 70% of the net price of their music being sold on OK Listen | Support musicians you love | Buy legal music at www.oklisten.com
oklisten
Now Playing:
Current Playlist
Update Required To play the media you will need to either update your browser to a recent version or update your Flash plugin.