Music of india is one of the greatest gifts of India to the world.

And a blessed few have devoted their lives to bolster this claim far and wide.

With a rich tradition of devotional singing Pt Anjul sharma(Aanjaney sharma“anjul”)’s achievements are beyond compare more so because vocal music is the most intimate and direct medium to audience . And almost beyond belief is also the fact that he has carved out his monumental global following without depriving his many million domestic admirers. He has been passionately loyal to his tradition of devotional singing, while his music has scaled ethereal heights . He has single-handedly paved the way for Indian vocal devotional music to resonate across the world.

Born in a family of outstanding musicians over four generations, Pt Aanjaney was initiated into music by his revered Grand father Pandit Ramanand sharma ji(disciple of great musician pt vishnu Digamber ji of Gwalior gharana)   and his father  Pt. Gopal Sharma, eldest brother among famous bhajan Singers quartet “Sharma Bandhu “.He has done his Masters in Sanskrit and Music. Unique Musical Attributes Blessed with a soulful voice, which traverses masterfully over all octaves, Aanjaney ’s vocalizing is characterized by a harmonious blend of the classical, folk and new modern music, and opulent elements projecting traditional music as an intense spiritual expression, densely coloured. His compositions of bhajans gives a unique and emotional quality, reaching out to the very soul of the listener. Perfect clarity in sur (musical notes), and gayaki (creative musical progression), command in all aspects of laya and rhythm, depth of composition and an unmistakable interplay between notes and words to evoke the desired mood and emotion, are the hallmark of his music. This sensitivity, added to the pure classical approach, has given his singing a lyrical quality,

Today, he is carrying the flag of Indian devotional  music to various part  of the world. In the journey of his devotional singing he gave so many performances of Bhajan Sandhyas which includes bhajans of  great ancient poets like Tulsi das, Soor das , Meera Bai, Kabir das, beside most popular bhajans of Shri Ram , Shri Krishna, Lord Shiva, Lord Hanuman, Maa Durga etc composed and presented in unique style of Shri Ramdarbar Gharana. His Musical Shri Ramkatha, and Recitation of Shri Sundarkand is also very famous in various part of India as well as in abroad. he visited Thailand, Singapore, Malasia, Mauritious, and Dubai many times for events of shri ramkatha and bhajan sandhya.  Meanwhile his new style of Sundarkand singing had started to telecast on SANSKAR TV Channel and became a one of the best album of Sanskar Music. and eight tracks of new bhajans were released on Aastha Bhajan channel . These bhajans are getting appreciation of music lovers. Recently his bhajan album Mere Rama  has been released from Sa Re Ga Ma (HMV). Another album Stuti Sangrah(in sanskrit) also  released from the same company . 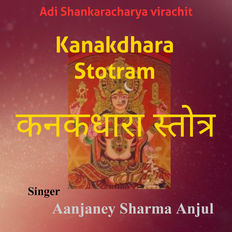