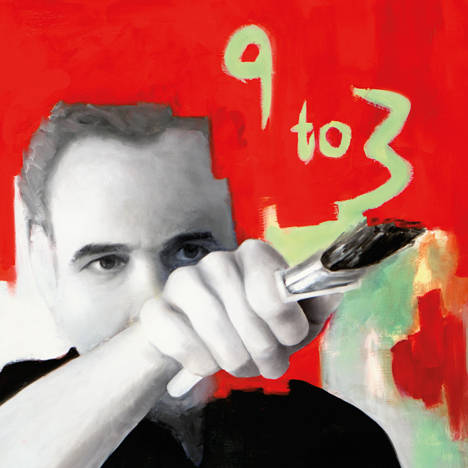 Yakketeeyak Music is proud to announce the release of Ajay Mathur's new album '9 to 3'.

India-born and Switzerland based singer-songwriter Ajay Mathur’s music doesn’t fit a particular music genre, as the melodies and lyrics take on a life and style of their own.

The new album '9 to 3' follows Ajay Mathur's previous successful releases of ‘A Matter of Time' (2011) and 'Come See Conquer' (2013) which have enjoyed excellent reviews and acknowledgements in the international media, top-rankings on internet radio playlists, chart ranking on Americana (AMA) radio charts, four award-winning singles including 'Communicate' which was a finalist in the 2011 Show Me the Music song-writing contest and 'Easy' as a finalist in the 2012 Unsigned Only Songwriting Competition and over a million fans and listeners worldwide. Mathur celebrated success in his European home of Switzerland with his rock group 'Mainstreet' in the 80s and 90s.

Yakketeeyak Music is focussed on promoting excellent music. That's it. We think that good music deserves to be heard and you deserve to hear it.

For more information about Ajay Mathur, contact us at:

The 15 songs on ‘9 to 3’ are humorous, political, romantic and sometimes even cynically narcissistic and all of them are inspired by India-born and Switzerland based singer-songwriter Ajay Mathur's unique life experience. The combination of instruments is
about the band

India-born and Switzerland based singer-songwriter Ajay Mathur’s music doesn’t fit a particular music genre, as the melodies and lyrics take on a life and style of their own. The new album '9 to 3' follows Ajay Mathur's previous successful releases of ‘A Matter...