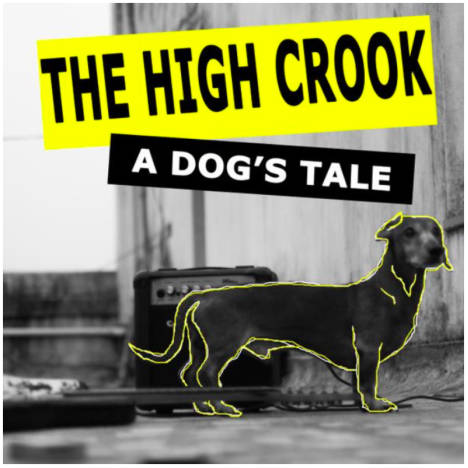 A Dog’s Tale - However hard you try, a dog’s tail remains crooked. However popular mainstream music gets, however easy success becomes with Pop, we will never stop rockin’ n rollin’… And yeah it’s a tale and not a tail because it’s a story about a kid, who has indulged in every vice possible through this city of joy, drugs, sex, rock ‘n’ roll, betrayals, cheating, success, failures… And all these emotions only a dog can juggle with his happily wagging crooked tail, without a change in his tale.


“A Dog’s Tale” comprises of 6 tracks. When we talk about a band’s ‘sound’, we tend to imagine a monotonous sort-of ‘sound’, in the sense that the band’s sound is consistently similar. Quite contrarily, The High Crook’s uniqueness seems to come from the diversity of their sound, from one track to another! Each of the six tracks is crafted in a mix of various styles of music, centered primarily on the bluesy/rock guitar work, solid but groovy bass and drum accompaniment, minimal but practical use of guitar effects, and down-to-earth vocals. The sound never loses itself towards technicality and instead tries to remain fresh and firmly grounded in simple musical principles. The most impressive feature of the album is that it is effective!

Visit the The High Crook page