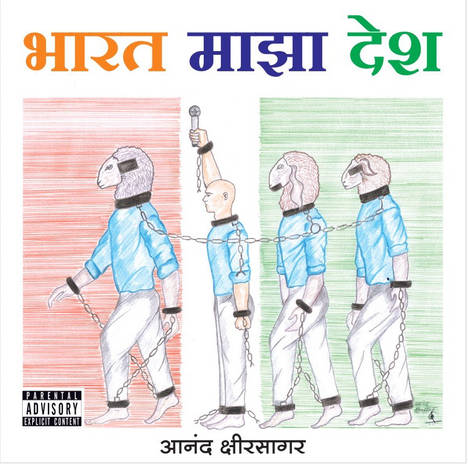 In the world of specialists, Pune based artist Anand Kshirsagar, considers himself a humble ‘polymath student’ bringing his diverse body of knowledge to his ‘consciously creative’ debut Marathi HIP HOP- Rap single‘Bharat Maza Desh (India my nation)’. He believes that ‘music is a seed of all ideas’ and whole cosmos is ‘great grand music’. Therefore his musical inspiration comes from all walks of life. Firm believer of idea- ‘Be your own light’, Anand Kshirsagar’s Marathi Hip Hop-Rap single ‘Bharat Maza Desh‘ comments on social, political, cultural, economical realities faced by today’s Indian society at large and Maharashtrian society in particular. The song not only fearlessly and assertively raises some critical issues but also proposes answers from the artist’s point of view. Song motivates the youth to become their ‘own leading light’ in all walks of life instead of being helpless, blind puppets of destiny or in someone else’s hands. Anand kshirsagar dedicates his debut song to all the known and unknown storey tellers, truth seekers, trailblazing pioneers, innovators, creators, artists, researchers and freethinkers who are the ‘real leaders’ of human civilization.

|| May all be auspiciously blessed ||

In the world of specialists, Pune based artist Anand Kshirsagar, considers himself as a humble ‘polymath student’ bringing his diverse body of knowledge to his ‘consciously creative’ debut Marathi HIP HOP- Rap single ‘Bharat Maza...