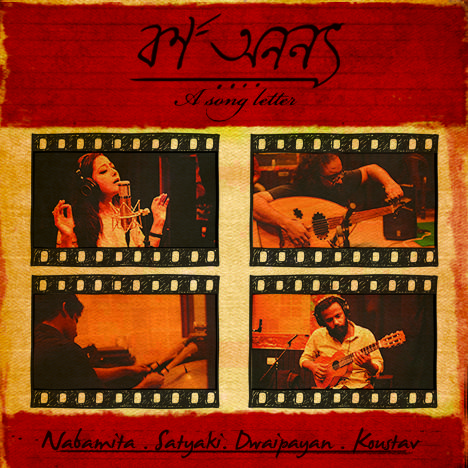 The album ‘Borno Anonyo: A song Letter’, comprises of songs and excepts from poetry, drama cinema and a letter. Independently and together, they weave a narrative that we believe, is eternally contemporary. These texts have been with us in times of friendship and estrangement, of intimacy and alienation. They talk to us when power silences, they speak through us when poetry like a phoenix rises from its own ashes. The eight pieces in this album embody emotions of the everyday and the eternal world just like the child and the child in us that is as old as new. The pieces are named as; Prarthona, Proteekkha, Shunyota, Elegy, Calling, Bashonar Oli Goli, O Ma Tomaye Dekhe Dekhe. The title track ‘A Song Letter’ is a letter written by his mother to Borno, a three year old boy, after whose name we have named this album and whose world of eternal play inspire us everyday.

The album ‘Borno Anonyo: A song Letter’, comprises of songs and excepts from poetry, drama ci...