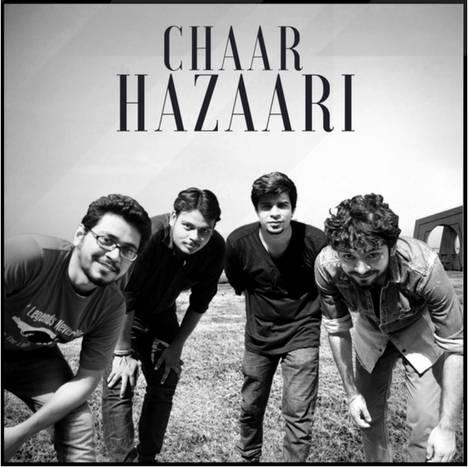 Chaar Hazaari is a Folk Rock band from Delhi. Since its inception in 2012, the band has grown interlacing contemporary, folk and classical music to create its inimitable sound. The lyrical themes of devotion, love and nature find expression through the harmonising fusion of traditional and western genres into Indian Folk and Modern Rock.The band draws inspiration and traces its sound back to stalwarts of Indian Folk Rock. The band fosters a dream of having their music reach far and wide and to be heard, liked and appreciated globally.With various performances at different venues, the band has successfully captured the interest and attention of a wide range of audiences, adding to their growing fan base.The songs in this debut album tells about the journey of the band till now.

Chaar Hazaari
about the band

Chaar Hazaari is a Folk Rock band from Delhi. Since its inception in 2012, it has grown interlacing contemporary, folk and classical ...