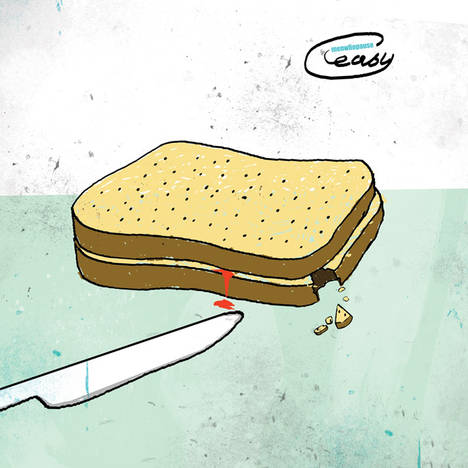 Instead of conventional studio recording, the band worked on this album by recording the tracks in a make-shift studio set up by them in a village in Uttaranchal, nestled in the Himalayas, during September 2006. The album took four years to be produced with the band bringing in mixing engineer and co-producer Miti Adhikari (BBC London) and Grammy Award winning mastering engineer Richard Dodd.

The album was initially released on digital format through iTunes and Amazon.com in early-January 2011 followed by physical CD format on 26 January 2011. The album immediately received favorable reviews by critics with The Times of India calling it "by far, one of the most brilliant works from an Indian rock act."

Easy was No.1 on music stores sales charts in Mumbai, Delhi- March 2011.

The album artwork for Easy was done by award-winning art director Abhishek Dey who has been a regular with the band having designed the layouts for the band's first album.

IP Singh (acoustic guitar and a variety of instruments)

Easy was originally released on 26 January 2011

Formed in 2001, menwhopause has been at the forefront of artistic innovation ever since its inception, and has been called one of the most significant rock acts in India.
menwhopause was one of the first bands in India to distribute their music f...