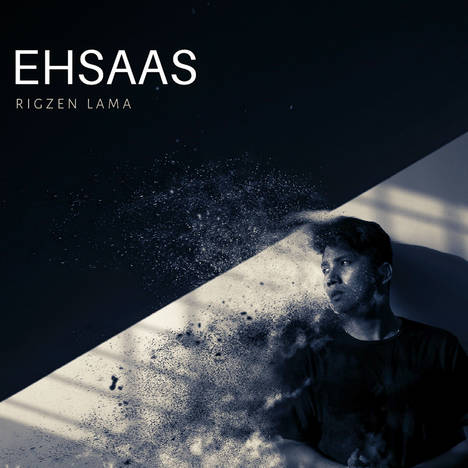 While we are busy venting the rants of a layman, a young Delhi based dreamer, singer and songwriter  Rigzen Lama, from Siliguri has been weaving his tale of dreams to present/produce an original single debut, "Ehsaas". "Ehsaas" is Soul Rock single from his upcoming EP due to be released this year.
While reminiscing about one's past, "Ehsaas" just strikes the right chord to evoke in you a storm of nostalgia. The universality of the song is felt once we start relating to the eventful actions that triggers with the end of a long relationship. "Ehsaas" is able to create a world where heart sighs with the monuments of memories only alive in dreams. It is with this devotion that Rigzen has made an attempt to capture something so excruciatingly sublime.
The intensity of feeling against the ruthless time, the stubbornness to believe the truth and letting it  fool us just one more bleeds throughout the song. The song talks about the stability of a feeling for someone who has been long lost in the tirade of time. A universal feeling has been so artistically contained by the artist.
The rhetorical question makes the song stand all the more different.
"How we wonder the world is like this! Why we wonder the world is like this!
ऐसा ये जहान है!
कैसा ये जहान है?"
Rigzen Lama - Vocals
Rithick Sanyal - Guitars
Hanu - Drums
Ashish Yadav - Bass
Sayan Sinha - Violins
Ishaan Tyagi - Keys
Apoorva Malik - Backing Vocals

Producer - Rigzen Lama
about the band

Singer-songwriter Rigzen Lama, is not just another boy with a guitar. His knack for tunes come straight from the heart that produces a distinct sound of its own. A part of his appeal comes by moulding his breaking points into his strengths, and creating music out of his sel...