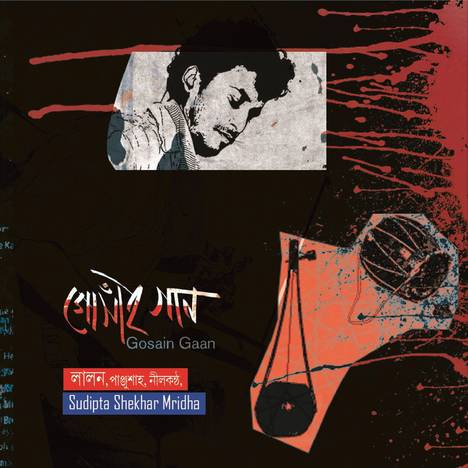 Gosain Gaan means the song of a Gosain; The word Gosain exists in Vedic history and caste system of India (Undivided Bharat) to refer to a community of religious mendicants – homeless, wandering ascetics who have renounced material pleasures to become a sadhu. They are dedicated to the worship of Shiva, god of destruction who is also a god of regeneration and sexuality in the Hindu trinity, the Trimurti.

Bauls however break away from all these traditional systems of getting categorized as a sect or caste. They would still call a fellow Baul of high esteem as Gosain. The most simple and acceptable and all time relevant explanation came to me from My Baul Guru, Sasthidas. According to him ‘Go’ means the universe (Gobrahmanda= Go arthe Brahmanda ) and Sain means the owner. Gosains are the people who realized the universe within themselves, thus became its owner; This album consists of Mystical songs from Singing Mystics of undivided Nodia, Bengal; Lalon, Panju Shah and Neelakantha; they did not have to learn the verses of the Vedas, Puranas, Al Quran or any other texts of wisdom available to them in order to realize the universe within themselves and connect with the force behind it. They connected with the simple man within and following it they reached highest purity in their existence. Briefly Gosain Gaan is a rendition of 10 Padas (verses) of Eighteenth and early Nineteenth century Mystics from undivided Nodia, (Now most of it is in Bangladesh) into Bangla Folk Musical arrangement.

The Baul of Bengal
about the band 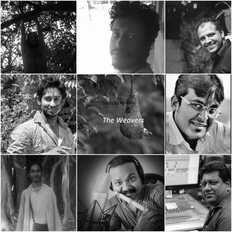 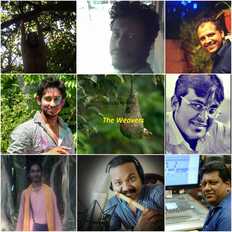 The Weavers
by Sudipta Shekhar Mridha