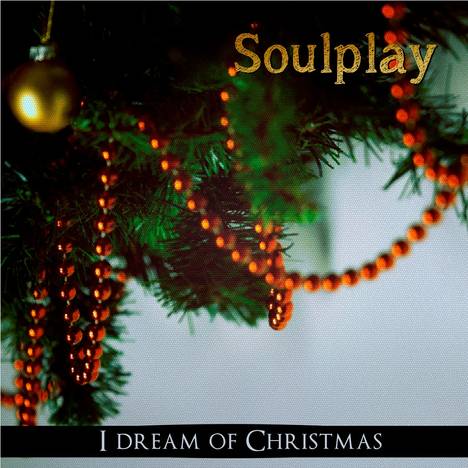 Christmas is a very special time of the year, when people make their way home to their loved one’s, the yearning that happens through the year and the anticipation adds to the romance of the season.

Ignatius Rodrigues, keyboardist and arranger, had an idea for a Christmas song, that lived within him for about 9 years, while working with Vince Costa, singer songwriter on his solo project "Saint and Sinner” they decided to bring it to life. Vince was so inspired by the tune and concept of the song; he gave words to the melody as Ignatius chiseled out the final form of the arrangement. Together they formed "SOULPLAY”, based strongly in the spirit of collaboration where they have the opportunity to work with different musicians on various songs they compose.

They then reached out their friends to support them on this journey.

Neil D’Cruz and Chrystal Farrell are both well-established singers in Goa, each fronting different bands with unique styles. They immediately latched onto the song to deliver their captivating performances.

Philip Fortes another veteran of the Goan musical fraternity was encouraging with his support and played bass on the record.

For the sax solo both Ignatius and Vince thought of Mercy Fernandes, who has a distinct ability to make very soulful music. Mercy has been around the music scene for more than four decades.

Finally to bring the luscious sound of strings the very talented Victor D'Costa was approached. Victor being a award winning arranger for traditional Goan music took to the project right from get go and delivered some heart rending lines.

Together they created this years’ brand new Christmas single called "I Dream Of Christmas".


The song is recorded, mixed and mastered by Dean Picardo ex Purple Haze, Mumbai respected engineer for acts like Shankan Essan and Loy, Pentagram ,Talvin Singh among others. Gagan Vishwakarma known for his work with ad films and features such as Monsoon Shootout, The liars dice, Lootera came in with his technical experience to shoot the video.
"I dream of Christmas “is produced by  Vince Costa at Serendipity Studios in Goa.

We love feedback. Please send us your thoughts about the song or about Soulplay at soulplaygoa[at]gmail.com or connect with us on Facebook at facebook.com/soulplaygoa

Ignatius Rodrigues a Composer & Keyboardist and Vince Costa a Singer Songwriter come together to create Soulplay. A musical platform with its spirt deeply rooted in collaboration. Which seeks to create music, working with different artists from the local Goan fraternity, as well as ar...

Visit the Soulplay page
Musicians earn 70% of the net price of their music being sold on OK Listen | Support musicians you love | Buy legal music at www.oklisten.com
oklisten
Now Playing:
Current Playlist
Update Required To play the media you will need to either update your browser to a recent version or update your Flash plugin.