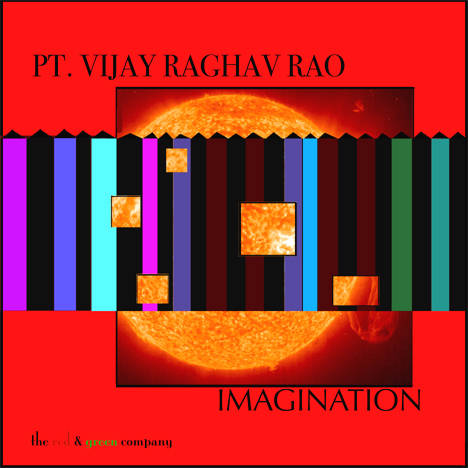 Every once in a while a revolutionary album of new music arrives, opening our senses to the vast possibilities of music. ‘IMAGINATION: Music for flutes, effects & orchestra', by Pt. Vijay Raghav Rao is one such exceptional work of art.

IMAGINATION does not recognize the limitations of musical idiom. The composition extrapolates, animates and creates sounds, melodies, harmonies and rhythms akin to visions in a musician's dream. The music is free from the shackles of genre.

As Panditji puts it, “No matter who we are, or to whatever category of human beings we are forced to belong, man and woman have always striven to rise up from labyrinths of their own making - immorality, ignorance, nationality, culture, illusion, prejudice - to a higher state of consciousness, a nobler feeling, a deeper understanding of who we really are...To the composer, the musician, the story-teller, IMAGINATION is the means to such an end.”

“A pioneer in modern orchestration” - The Financial Express

“ A volcano of creative expression” - The Indian Express

"Creator of beautiful, wide and ethereal canvasses" - The Deccan Herald

Through the past seven decades, Pt. Vijay Raghav Rao has shaped and influenced the essential form and derivatives of culture known to the world as indian. Panditji’s creative works in the realms of dance, orchestral composition and film music are recognized for an energizing orig...