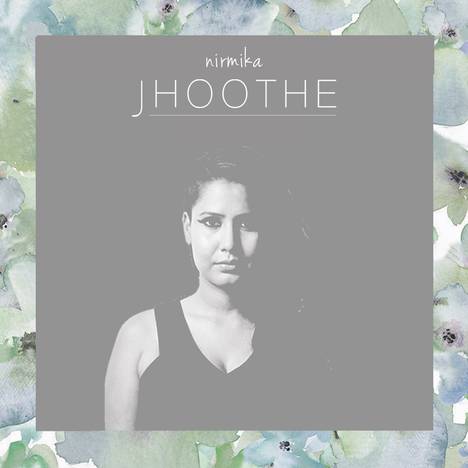 Jhoothe is the first album by indie musician and writer Nirmika. A Hindi folk-pop EP, Jhoothe features three songs that are introspective in nature but playful at the same time.

Nirmika’s take on indie-pop is effortless, creating melodies that are memorable and soothing. With a focus on writing in Hindi, Nirmika’s songwriting style is simple but not simplistic.

Khilauney is an up-tempo acoustic pop track featuring lush cello, violin and percussion. The lyrical theme of the song revolves around the meanderings of the human imagination. It features Canadian cello player Jake Charkey and multi-instrumentalist Jose Neil Gomes.

An introspective acoustic Hindi ballad, Jhoothe’s lyrics talk about how fragile human relationships are, and how each one of us continues to live a lie in some form or another. The song also features prodigious flute player Naveen Kumar, whose body of work involves multiple projects with music director AR Rahman.

Nirmika has also released videos for two of the three tracks, Jhoothe, the title track and Khilauney that was premiered on Pepsi MTV Indies on February 1.

Nirmika is a Mumbai-based singer-songwriter and music critic.
Jhoothe features three folk/pop songs that are introspective in nature but playful at the same time.
Nirmika, who many would remember from h...