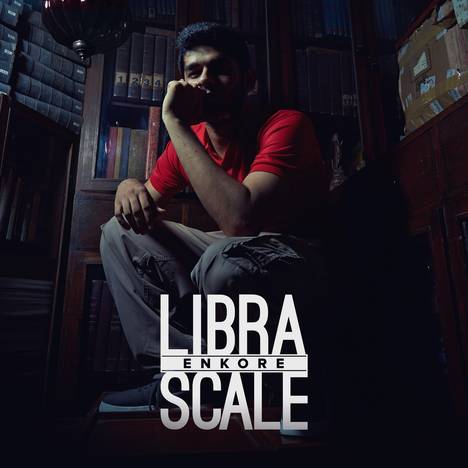 ‘Libra Scale’ is the debut album from 23 year old Mumbai rapper Enkore, released on the 13th of November 2015, along with the accompanying music video for the lead single ‘Walk Again’. On the potentially game-changing project, the college going rapper charts a story of his personal growth – exploring themes of coming of age in India’s ‘city of dreams’ with a range of subjects that touch upon everything from romantic and family relationships and societal pressures to facing adversity and postachievement melancholy. A compact tracklist of seven songs make Libra Scale a sharp, streamlined and coherent project unanchored by filler.

Johar follows the trend of rapping about himself on Libra Scale, but unlike American hip hop, it comes across as inspiring rather than boastful. The album follows how the 23-year-old wants to work hard to be a musician [“1, 2, Dream”] while dealing with middle class expectations of supporting one’s family [“Million Dollar Smile,” written the day after Johar got into the college of his choice for an M.B.A course]. He addresses failed relationships [“4ever”], how his mother taught him to stay positive [“Walk Again”] and embracing faults rather than hiding them [“One Eyed Monster”]

Enkore is known as one of the best and most well-rounded hip-hop artists to come out of India. Always known to express honest emotions and views of the society in his music, the bilingual (English & Hindi) Mumbai rapper has also gained a reputation of delivering stellar live shows and c...