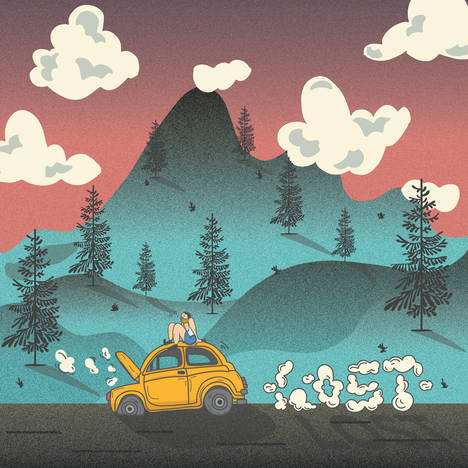 “ ...the songs that are a part of this album are the songs that I have written during different emotional phases of my life, during which I did not know what to do or where to go, those were the times when my life had probably come to a standstill. I doesn’t mean that all the songs on the album are sad, it’s a mix of both if and only if you pay attention to the lyrics. I try to keep my music as simple as possible probably because I cannot do difficult or complicated stuff for sure haha! The whole process of recording this album was truly a learning experience for a person like me,by the end of it the songs even meant more to me than they did when I wrote them earlier. I have a lot of other songs that are not a part of this album, this album is basically a mixture of tracks that I felt made sense together and that’s how I usually take decisions in life. All that feels good together should be put together !..” - Angad Katari

Angad Katari is a Delhi based indie singer/songwriter, from being a drummer in the past to a singer songwriter today, he is debuting with his Album Titled “LOST”.Angad’s music has more of an acoustic feel to it, he prefers to keep the arrangement of his songs as simple a...