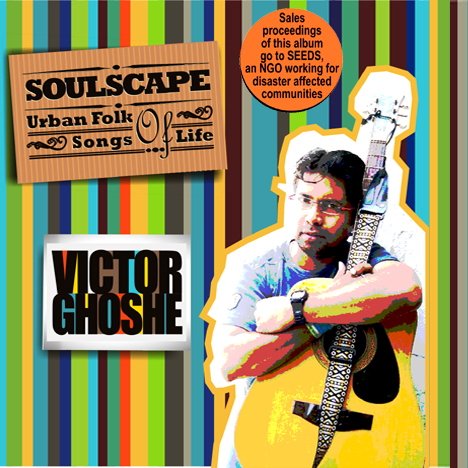 SoulScape is a ‘Contemporary Urban Folk Song Collection’ of Victor Ghoshe. Ghoshe is a social researcher and a guest lecturer in Indian Institute of Mass Communication and Jawaharlal Nehru University, Delhi.


Each song of SoulScape has a story and each song reflect several issues of our society in an innovative way. Based on alternative ‘World music’ styles and thorough research on global ‘Folk & tribal music’ forms, the songs are composed with several unconventional sound elements.

Experimental ‘Low Frequency Sound Effects’ and other tones are strategically created & used in SoulScape to capture the human subconscious and register in the mind through simple story telling.

‘SoulScape’ songs had been tested through last seven years and been used by United Nations, European Union, JNU, Indian Institute of Mass Communication and University of Dhaka, Bangladesh & by many other international Agencies, Universities & Institutions in different workshops, press meets, events and been liked by thousands of audiences.