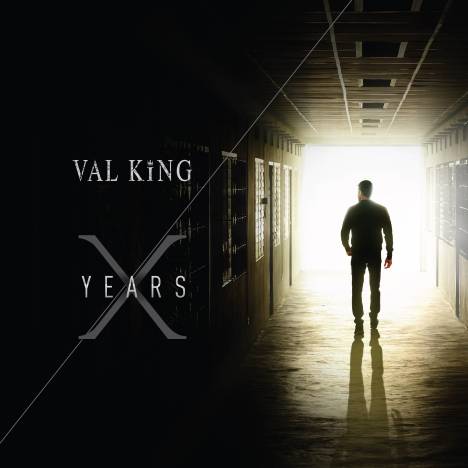 Being inclined towards music since childhood, Vishal was eager to get started.  While most of his friends were choosing the most lucrative career options, Vishal chose to form his own rock band in 1999.  Soon, he gained prominence and his band featured on a local TV channel. Since then, there has been no looking back for Vishal as he continues to be a vital part of various bands.

After several shows over the years, Vishal formed a unique band where only those who worshipped Jim Morrison and revered The Doors, were selected. This band’s fitting tribute to Jim Morrison became a talk of the town in those days. Several dailies in Pune covered the event. Vishal then set his sights on producing his own music. After chasing his passion relentlessly, Vishal is all set to launch his first album - Ten years. It’s his ode to the indisputable legends of Rock ‘n’ Roll.

Like many artists, Vishal’s journey was punctuated by highs and lows. After multiple stints with various bands, he finally co-founded ET CETERA, a band that helped him pursue his sheer passion for music.  He collaborated with Harshad Sathe, a self-taught guitarist and singer.

After meeting through a common friend, Harshad and Vishal got along really well. They jammed together and would spend hours honing their musical skills. But there was a twist in the story, as Harshad moved to Mumbai to pursue a career as a Sound Engineer in 2007. Vishal also moved to Mumbai to work as an adman in 2008. But, this was the best thing that could happen. The Mumbai reunion set the tone for something bigger. During one meet up, Vishal showed his eagerness to record a song he had in mind. Harshad reciprocated.  Things fell into place as one of Harshad’s friends had the essential equipment to create the music. The duo managed to produce a song. The song fired up Vishal’s confidence. He was now determined to make a full-fledged album.

Vishal began work on his dream album in his pastime while he continued working as an ad professional. He conceptualized, wrote, composed, recorded and produced the songs, making a complete album. Harshad, who was responsible for the initial sound design and production, decided to move on due to his professional commitments. Vishal didn’t let his own interest fade away. Several setbacks over the course didn’t deter him. Like a phoenix rises from the ashes, the project came to life, every single time. ET CETERA was then reformed to VAL KiNG.

After countless hours at Gray Spark Audio, Pune - working on the recording and re-recordings, Vishal finally managed to pull off the album. It is worth mentioning that Harshad played a pivotal role towards the solos and crazy guitar fills, Ashwin Naidu worked his magic around drums and Nitin M Krishna contributed to the album, creating a sound wall with keyboards, synthesizers, and strings.

Vishal believes that Ten years is a befitting name as it captures his journey against all the challenges he faced. The name VAL KiNG piques the curiosity of many. It is inspired by Val Kilmer who played Jim Morrison in the movie – The Doors. As an ardent follower of Jim, King represents The Lizard King, a nickname given to Jim back then.

VAL KiNG intends to create pure melodies that echo simplicity and minimalism. Vishal doesn’t consider himself as the perfect vocalist and continues to don the hat of a bassist, rhythm guitarist or drummer for various Pune-based rock bands. For the album, Vishal has done all the vocal parts, rhythm guitar, and bass guitar.

ADMAN BY PROFESSION. MUSICIAN AT HEART.

Vishal has been inspired by music since his school days. (Metal) Music is a part of his DNA. The likes of Slayer, Pantera, Alice In Chains, Metallica, Pearl Jam, Pink Floyd have had a huge influence on his make-up. His work reflects his love for Jim Morrison. Writing and creating music are very close to his heart. He pens down an idea the moment it strikes. Vishal believes ideas have no patterns, no layers. Sometimes, it takes hours to come up with an idea. Many a time, the entire concert plays in his head, all in a jiffy.

All Rights Reserved.
about the band

VAL KiNG: Ten Years
Being inclined towards music since childhood, Vishal was eager to get started.  While most of his friends were choosing the most lucrative career options, Vishal chose to form his own rock band in 1999. Soon, h...