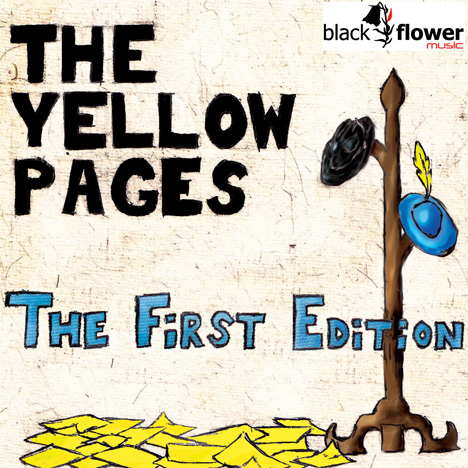 The First Edition is the debut album by Bombay’s acoustic duo, The Yellow Pages. The album was initially going to have a very raw feel about it. However, with the help of Jai Vaswani (Black Flower Music), famous for his debut release, ‘Bitter’, the band entered the studio with one idea and the final product was completely different from that idea. It is not a concept album. It is a fun album that cuts through all genres. The band used to define their genre as Alternative Acoustic Pop. The album is Electro- Acoustic, though, with a lot of experimental elements.

The First Edition is in its way, nine songs that the band has been playing live over the years that don’t necessarily fit with a particular theme. Since, there might not be a second release; they felt it was apt to put their best songs on one disc. And, that’s pretty much how The First Edition came about.

The Yellow Pages are an alternative acoustic duo formed in May 2005. The band comprises of Simran Talreja (Vocals) and Gaurav Jagwani (Guitars, Bass, Piano, Harmonica, Tambourine, Keys, and Vocals). Their initial objective was to perform acoustic covers of popular tunes. Over the years, the...

Visit the The Yellow Pages page

OTHER MUSIC BY The Yellow Pages