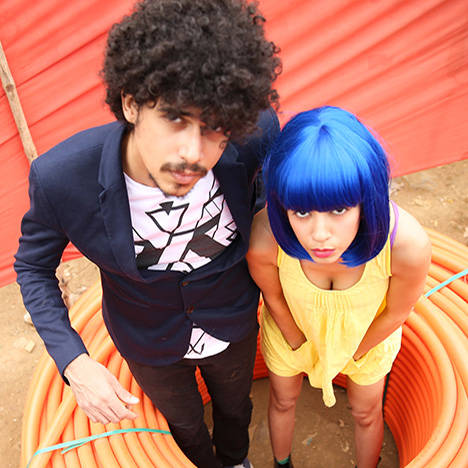 This is what GQ India had to say about "Union Farm" All Ball, their first EP, was our first peek into their decadent, revivalist world. Now, they’re back with their second record, called Union Farm, and they promise it’s a far rawer sound than anything they’ve produced before. Azad calls it a “harder look at the funk and old school blues and disco – a no-rubbish, no-frills, completely unadulterated vision of our evolving sound”. Shah says it “draws from late 1960s-70s, but not necessarily funk ones.” Whatever the terminology we assign to it, one thing’s for sure: it overflows with nostalgia, it’s still heady and explosive, and certainly impossible to resist. Don’t take our word for it; just turn it up for a groove that’ll shake you out of that afternoon snooze like no amount of caffeine can.

Described as the terror twins of Funk and Swing Madboy/Mink is the collaboration between Imaad Shah and Saba Azad. Based out of Mumbai, India, they have in a short time gained notoriety for their electric live sets, both at big festival stages as well as underground parties across the count...