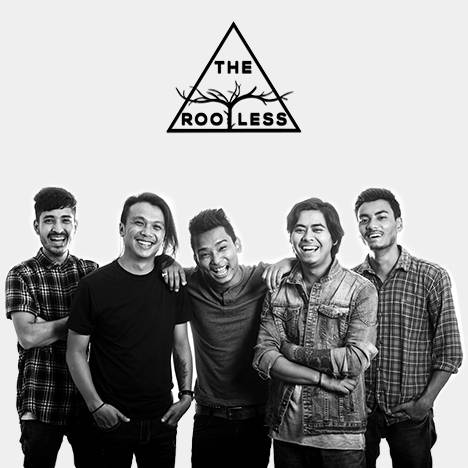 'Wastha Na Gara' is The Rootless's debut album, in 'Nepali' means 'don't care'. Speaking about it which means, no matter how dark life gets always spread the positivity, love and affection and move forward. The lyrics speaks about the life and its unique phases, complimented by the fresh and soothing voice of Abhisheak. Abhisheak also known as Nox is the front man and the founder of their band 'THE ROOTLESS'.They feel that they are not binded by any boundaries in music so they implement the logic behind their creations in their art. The album comprises of 8 songs out of which they have two English number titled ERRORS and ON & ON. The band consists of 5 members Abhisheak Shah, Jorden Lama, Chewang Bhutia, Aniketh Mothay and Arpan Singh. The band hails from the mighty hills of DARJEELING. They are based in their hometown KALIMPONG,INDIA.

The band hails from the mighty hills of Kalimpong,India. An alternative folk rock, the songs are mostly in Nepali and English. Presenting their debut album "Wasta Na Gawra".

Visit the The Root-less page
Musicians earn 70% of the net price of their music being sold on OK Listen | Support musicians you love | Buy legal music at www.oklisten.com
oklisten
Now Playing:
Current Playlist
Update Required To play the media you will need to either update your browser to a recent version or update your Flash plugin.