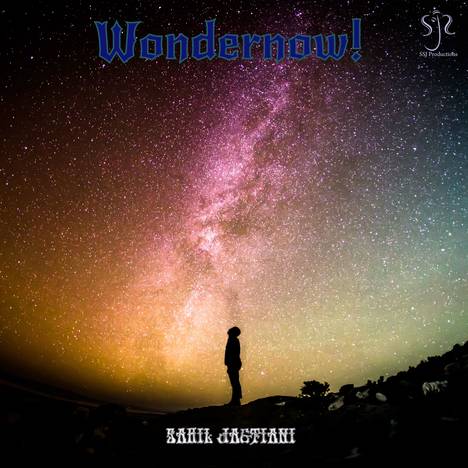 Wondernow! is the 22nd studio music album release by Sahil Jagtiani. However it stands out from his earlier releases as its the 1st time he has released an English Rock album. The album has taken close to 3 years to perfect and a lot of unrecorded songs from his 16 year long career as a musician have been included in this album. The album has 13 original songs and even though the core theme is Rock, many additional sub-styles such as blue, jazz, folk, pop and fusion have also been incorporated in many of the songs to keep the listeners spell bound from start to finish. Each song’s lyrics have been meticulously written keeping the theme in mind and each melody has been created so that its easily hummable. Without a single profanity, the album expresses emotions that are very real and profound giving the listener a lot more to think about in life. Some of the topics covered in the album include love, heartbreak, addiction, deep introspection, karma, turning over a new leaf and making a difference. Yet the album is not at all preachy and the youth as well as the older generation will be able to relate to it. The fast paced guitar licks, catchy tunes, thumping drums and focus on live acoustic instruments set this album apart from the overly programmed & heartless music that is nowadays flooding the market. Not only is it a breath of fresh air but also one amongst a few great English Rock albums to come out of India where the focus has been mainly on Bollywood Music. We are sure you will love listening to it as much as Sahil has loved making it.