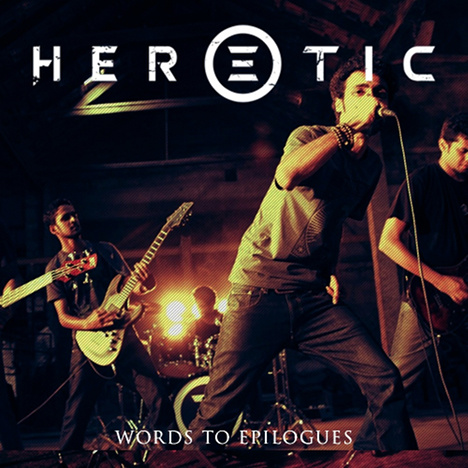 The band released a three track EP ‘Reprised’ in 2008, tracks of which got featured in some of the biggest compilation albums and fetched them the limelight of critical acclaim, pushing them closer to cutting a full length record.The band entered the studio in December 2011to record their debut album with maverick producer KeshavDhar, of Skyharbor fame.

Words to Epilogues is their debut album

Written and performed by Heretic

Produced and Engineered by Keshav Dhar

Heretic is an alternative metal outfit that serves as a breakaway from the casual clichés and banal definitions,a few feet outside the periphery of ‘conventional’ in the scene today.Formed in 2005, the Bangalore based band is comprised of five free-spirited musicians turn...

OTHER MUSIC BY Heretic