Amit Anand (b.1989) was raised in a musical family with each parent belonging to one of the two styles of Indian classical music. He got introduced to music at an early age of 3 when his father Anand Wamanacharya taught him Tabla. Amit Anand was fascinated by the sound of the piano when his father introduced him to the music of Sir Elton John. This keen interest led him to discover a piano teacher in his hometown, Bengaluru at the age of 17. Along with the lessons in classical music with his teacher Harsha Jade, Amit Anand discovered music programming and sound engineering and produced his first independent album 2 way which won many awards for composition, singing and songwriting at the 2013 Kannada International Music Awards hosted in Bengaluru. After the album launch, Amit Anand started working on many projects commissioned by a professional studio in Bengaluru where he met his mentors Pranava Iyengar and Hriday Goswami who helped him learn the skills of music production. Many of Amit Anand’s compositions during this time (2012-2014) included music for TV Serials, Children’s rhymes, Background Score for documentaries, short films and feature films. Amit Anand also worked as a music producer for Independent artists such as Rinosh George (This is Bengaluru, 2014) and Gubbi the rapper ( Amma, 2016) whose music on YouTube has had more than a million views. In 2014, Amit Anand collaborated with a Yoga guru, Chitra Sukhu from Los Angeles who commissioned 7 albums which consisted of 70 Sanskrit chants that needed to be composed and arranged in multiple genres which were to be used in her Yoga sessions.

For Amit Anand, so far anything achieved was a preparation for his ambition which was to study music in the UK and learn in an academic environment.  In 2015, Amit Anand started his education as a composer under the tutelage of Rory Boyle and Dr Colin Broom and he is now a graduate from the prestigious Royal Conservatoire of Scotland,  with an honours degree in composition. Amit Anand also has received training in Electroacoustic music from Prof. Alistair MacDonald.  During his studies, he has written several Chamber music and Electroacoustic works most of which were premiered in the Plug festivals (2016-2018), Glasgow. Notable works written during his studies in the conservatoire include Jugalbandi, a piece written for Tabla and Electronics, An evening with Albert, a piece written for an 8 piece ensemble, Elastic, a piece written for Red Note Ensemble and Thali, a solo piano piece. During his studies, he also composed songs and background score for a commercially and critically acclaimed Indian film titled Gultoo. STV featured Amit Anand on their popular evening show where he spoke about the experience of producing the music for the movie in collaboration with Scottish musicians and engineers.

Over the last 10 years, Amit has been actively involved in the progressing music scenes of both South India and Scotland as a composer, arranger, producer, educator, record and mix engineer. His music is inspired by the scales and ornamentations of Indian classical music set against a backdrop of jazzy harmonies. In 2020, Amit Anand launched his online music school Pianoshaale which aims to establish a piano pedagogy in the regional languages of India starting with his native language Kannada. 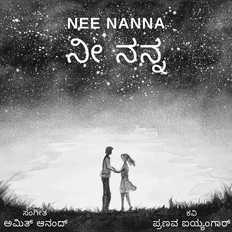 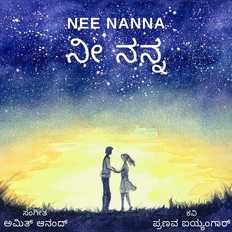 99
Featured Video
Musicians earn 70% of the net price of their music being sold on OK Listen | Support musicians you love | Buy legal music at www.oklisten.com
oklisten
Now Playing:
Current Playlist
Update Required To play the media you will need to either update your browser to a recent version or update your Flash plugin.