Ayon is an independent singer/songwriter from Murshidabad. He dropped out of high school and shifted to Bangalore in 2014 to pursue his passion for music. The IT hub of the country boasted of a thriving live band scene which helped him to hone his craft further. He interacted with lots of talented musicians and independent bands that inspired him and taught him a lot. While sustaining himself financially with BPO jobs, he worked as a guitarist for quite a few bands in Bangalore and later in Kolkata.

After moving back to Kolkata in 2016, Ayon started composing and ideating his own originals while continuing his music and sound engineering studies in his new city. Within a short span of time, he made his mark in the city’s music scene. He took music lessons from a few of top cats of Kolkata namely Mr. Rishabh Ray (guitarist/arranger for The Anupam Roy Band), Mr. Allan TemjenAo (guitarist for the Bengali Rock band Fossils), Mr. Jayanta Dasgupta (guitarist/vocalist of "The saturday night blues band") Ms. Shreya Datta (Piano Teacher) Mr. Manojit Datta (A pioneer of Latin music in India and a multi-faceted percussionist), Mr. Amyt Datta (guitarist, producer & educator) and Mr. Tirthankar Ray (Sound Engineer and owner of Blue Monk Studio, Kolkata). 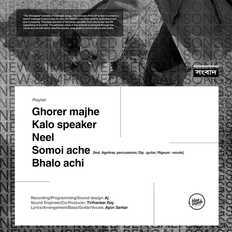 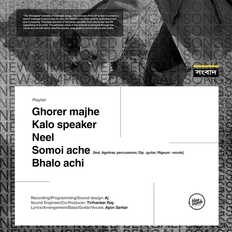