A group of six members performed their first ever live show on 24th August, 1992, at National Medical College’s Fest Agon, only to be summoned by the judge’s panel to be informed that they were disqualified for the music competition (eastern group song category) owing to their use of western instruments like bass guitar, drums, etc. So the members packed their bags and left the venue with a heavy heart.

Once bitten, twice shy was definitely not the case with these guys- so they found themselves registered for another completion a few months down the line-  Spring Fest IITKGP it was! The budding musicians were super excited to compete with their contemporaries.. alas.. enthusiastic heartbeats were dampened by refusal from the organizers who informed them that “bangla songs” were a complete unfit for the western music category.

This gave rise to a seeming paradox of identity crisis- “English e toh amra gaan kori ba korbo na.. harmonium, sitar, tabla o use korbo na.. “(we will never perform English songs or use Indian classical instruments) .. then what is the identity of our music at the end of the day? How would we showcase our music..?

thus began the soul searching story of #CACTUS.. and manifested in evergreen numbers like Holud Pakhi..

Its surely been a roller coaster ride in the past years..

Withstanding a sandstorm has never been easy.. we have had our share of failures – “broken up” in the colloquial term of the Page3 columns in the face of adversities..

Screwed up performances, washed Cactus’s dirty linen in public with most fall outs in change of line ups, been criticized for being anti national, anti- religion in pursuit of freedom of expression, been hauled down from the stage, lashed at the backstage, almost been robbed of our compositions at production houses, cornered into musical crisis in the midst of performances; only to find ourselves in an oasis from time to time- exhilarated at the thought of several USA tours, a few UK tours and recently a Middle East tour playing our very own chart busters, been a ray of hope to many youngsters or simply played to a throbbing few thousands emancipated on the spirit of rock n roll through our music.

In the past years, if there is one phrase feedback that has agitated, infuriated, instigated AND inspired us, it is 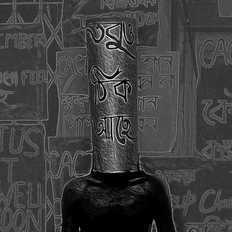 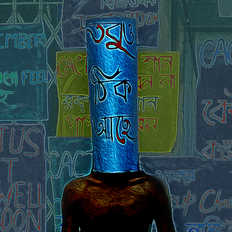