Driven by the sounds and spirit of optimism, blaring serenely from the secluded outskirts of Guwahati (Assam, India) with inspiration descending from the mighty hills and majestic rivers abound, 'Dreaming Fairylights' is a solo project of Priyanuj Mazumdar, started as a 18 year old dreamy teenager. Frustrated with multiple band failures, uncooperative behavior and lack of dedication from members, the will to tread the solo way definitely seemed right. Composing relentlessly for hours on end on sleepless nights, the project was finally born under the sunny horizons and silent moonshine of April 2015. The music, at its core, is a way of escape for the artist from the traumas of life, and hopes to be a medium of escape for its listeners as well.

Meshing up digitally produced soundscapes, effects and beats with real live played synthesizers, guitars, bass and drums, the music wishes to bring to mind the breathtaking scenes of the early morning sunrise freshness, the sunset horizon drenched in orange hue, and the seductive little lights of late night. The project is as much an experiment in exploring new and rare sounds, as much as in heartfelt songwriting, somewhere trying to bridge the gap between exploration and simplicity. The sound crisscrosses the colourful lanes of Synthpop, Rock, Indie, and Electronica music.

Covering a wide spectrum of themes like optimism, pessimism, nature, depression, abuse, love, loss, psychology of dreams, philosophy, etc, Dreaming Fairylights aims to not just be a creator of songs, but an experience; a combined experience of your most memorable day and your darkest nightmare. But at the end of the tunnel, there is light. So don't give up. Keep on dreaming. Cause fairylights do exist. In your dreams, if not in reality. 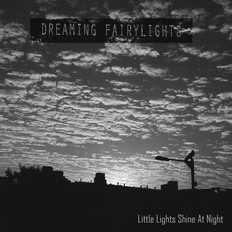 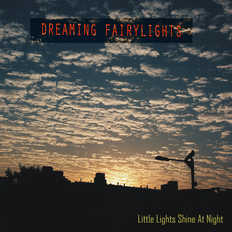