Khaar is a two years old band from Bangalore. Band is formed by musical enthusiasts, who are professionals in different fields in Bangalore. This band represents young spirit of the city and colors of Bangalorean Assamese. Khaar is name of an original Assamese cousine, which has typical Assamese taste. Khaar band reflects feelings of cosmopolitan Bangalorean Assamese, who have wide modern outlook and at the same time deeply rooted to its origin. This band has it's own compositions and a few solo releases are already out. "Khaar ... The Musical Flavour", is  their first album, consisting of six solos, which is being release in this Puja. This band has done large number of shows, including for noble cause like flood relief of Assam. Band consists of following members: 1. Pranjal ... Lead guitar and vocalist  2. Shraman ... Rhythm guitar and vocalist  3. Abhi.... Lead vocalist  4. Dhruba ... Synthesizer player 5. Akash ... Percussion 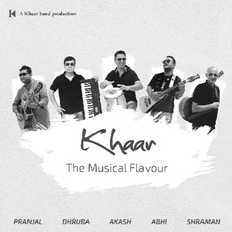 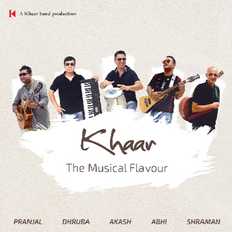