Kisaloy started learning music at the tender age of six years. He’s a trained musician in Hindustani classical music as well as Western classical music. His music is noted for amalgamating styles of ethnic, folk & classical elements with experimental arrangements of electronic & psychedelic layers. His debut as a composer was in “Capital I”, which was the first independent feature film of Odisha, directed by Amartya Bhattacharyya. Since then he has composed for three feature films & eight short films of Bhattacharyya. He has also won the prestigious award of best music composer, for the film “Benaras – the unexplored attachments”, from NoHu International Short Film Festival in 2015, which was directed by Amartya. The film also bagged the prestigious National Award in the same year.

His debut song “Runanubandha” was voiced by none other than the rockstar, Rupam Islam, which was the title track of the film “Runanubandha – The He without Him”, directed by Bhattacharyya. The song has a very experimental & psychedelic sound to it.

Apart from Amartya’s films Kisaloy has also composed the music for the legendary, ten times national award winning film maker of India, Manmohan Mahapartra, for his film “Bhija Matira Swarga – Wet Heaven”.  Roy has composed for the upcoming film “Josef: Born In Grace”, which is directed by Susant Misra & has been a film in the contention list of the prestigious "Oscar Academy Awards 2020". In addition, Kisaloy has also composed for the upcoming folk flick “KAANCHLI – Life in a Slough”, which is directed by Dedipya Joshi. 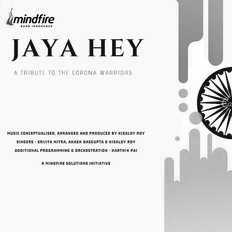 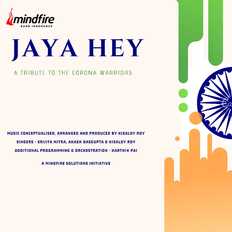