An Indian Violinist, Madhav was introduced to Music at the age of 7 and gave his debut performance at 10. Since then, he has been performing at public and private events globally and also on TV and radio. He worked as a Software Engineer at Bosch before deciding to pursue Music full time.

From Rock, EDM to Indian Classical Music, the Music he grew up listening to, helped him discover his own sound, which blends the best of both worlds. By infusing his signature elements, Madhav's rendition of covers takes the audience on a journey, while preserving the sanctity of the original song. He is also a Carnatic Violin soloist and accompanist. Madhav considers his fiddle as an extension of himself and Music as an expression of divinity.

His experience as a member of bands and as a freelancer has allowed him to collaborate with acclaimed artistes like Vidhu Pratap, Jithin Raj, Anoop Sankar, Ajay Sathyan. Madhav has also been fortunate to perform while having legends Isaignani Ilaiyaraaja, Dr KJ Yesudas in the audience. He has been invited by playback singer Jyotsna, Cine ArtisteGeethu Mohandas, among others, to deliver concerts at their marriages. In recognition of his talent, he was awarded the Cultural Talent Scholarship by the Government of India in 2009. In 2011, Madhav also performed as one of the promoters of the IPL Cricket Team, Cochin Tuskers Kerala. Internationally, he has performed in countries including Qatar, Kuwait, Malaysia and UAE. Videos featuring Madhav have a combined viewership running into millions on social media platforms. 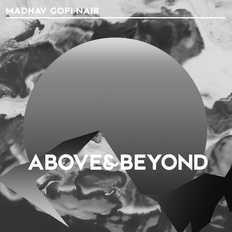 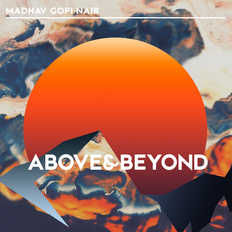 Above & Beyond
by Madhav Gopi Nair

20
Featured Video
Musicians earn 70% of the net price of their music being sold on OK Listen | Support musicians you love | Buy legal music at www.oklisten.com
oklisten
Now Playing:
Current Playlist
Update Required To play the media you will need to either update your browser to a recent version or update your Flash plugin.