Nadisha is based out of Chennai, India and has had a flair for singing from a very young age. At 8 years of age she found herself as a narrator for a children’s fairy tales cassette and the studio life stuck! From commercial to indie, western classical to film and electronic music, this girl does it all.

Her songwriting stems from her life experiences, mainly bringing out her pain and heartbreak through the release of a song, and is greatly influenced by her faith.

Her musical influences range from pop to classic rock to old school r&b and hip hop.

She is excited to take the world by storm with her music and hopes to bring encouragement, love and light to everyone through it! 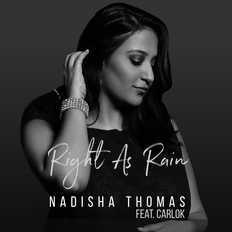 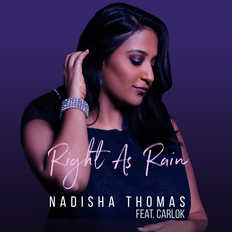 Right As Rain
by Nadisha Thomas