In mid- 2016, Thawan and Nongpok decided to create a project “Seireng mapal,” an attempt to infuse the organic sound of the nylon string into poetry. This infusion developed naturally and instinctively. Both were storytellers in their own right- Thawan writes poetry, Ton plays the classical guitar. Each inspired by the other, the project quickly transformed into “Noong-Paan,” an experimental spoken word act. Thawan would read his poems and Ton would interpret on the nylon. By March 2017, five complete tracks were recorded and remastered by Sunil Loitongbam at Hayum Lab.

Noong-Paan debuted in the local scene at an open mic poetry session to a modest poetry loving crowd on March 25, 2017. On February 2018, they landed a gig at the fourth edition of Sofar Sounds Imphal. In April 2018, Noong-Paan performed live at Forage. The same month, they gave an impromptu performance on the closing day of Imphal Book Fair conducted by National Book Trust.

Noong-Paan translates into “Within-Without.” There is a thin line between music and reading a poem. Unwittingly, they explore this connection that exists either within or without our subconscious. Noong-Paan manifests this thin line.

Thawan was born at Singjamei, Manipur. By the age of 10, he felt inspired to write poetry and began to write actively in his personal diaries. At 15 years, he was introduced to Manipuri literature and began to read sincerely. Around this time, he tried to hone his writing skills continuously by exploring himself through the books he read. At 18, the urge to publish took root. Sometime in 2010, he took up a guitar and began to tune his poems. This became the corner stone for his musical journey expressed through poetry.

Thawan is also the frontman of Atingkok, an experimental alternative folk band. He is also pursuing his writing and publishing career through Kekru, a platform that focuses on poetry and its interactions with other art forms.

At a very early age, Nongpok was introduced to theatre and theatre music at his residence at Sagolband Meino Leirak. Through theatre artists and family friends, he became aware of the guitar but never took up the instrument seriously as a career until mid-2000. Nongpok began to pursue Western Classical Guitar academically under the tutelage of his mentor Aribam Uttam Sharma. He gave his first guitar recital at Shillong in the year 2011.

Nongpok also plays with the alternative/Indie band The Koi. He now teaches music privately and also at The Quill School of Western Music, Singjamei. 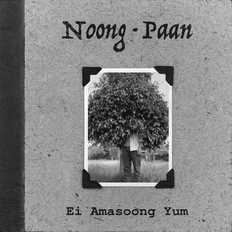 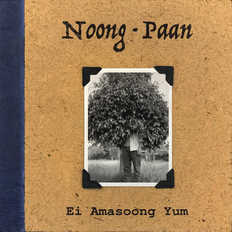