One Girl Shy is the brain child of Singer-songwriter Akhilesh Kumar who in 2012 met producer Santhos Nataraja of third eye studios and together set upon an experiment in capturing and delivering a binaural feeling to listeners so that they could feel more included in their listening experiences.

Having tried out a bunch of techniques (all very top secret :P) on Akhilesh’s song HopScotch man, Santhos and Akhilesh realized the potential the song had and set upon the journey to find artists to track on the song. Akhilesh scoured most of the globe (Bangalore and Chennai) to find the artists who would then form the starting lineup of what would later come to be known as One Girl Shy!!

One Girl Shy’s sound was defined by the multitude of influences that each of the artists brought, from R&B to Rock Blues and even Hip Hop (well more funk…) to something so eclectic yet very relatable and catchy that people often find themselves singing and dancing along to their songs and all in their FIRST EXPERIENCE!! It does help that the artists are all so contagious with fun that you just cannot help yourself but become part of the show!!

Their Musical journey has taken them to all corners of Bangalore, Chennai and Trivandrum (Kappa TV) and have rubbed shoulder with the likes of Suraj Mani, Naveen Thomas, Vikram Vivekanand, Kavitha Thomas and Ramkumar Kanakarajan and have played at many note worthy Venues like The Humming Tree, Hard Rock Café, Counter Culture, Bflat Bar, OOHeaven, Kitsch Mandi, Bay 146 (Chennai), The Moon and Six Pence (Chennai), Music Mojo (Kappa TV, Trivandrum) and also RELEASED their DEBUT album “We’re All Mad Here (Feb 17th 2017) in a very short span of time since their inception In October 2014.

Aside from being one of the most brilliant Alternative Folk Rock acts this side of the equator, One Girl Shy’s artists lead a myriad of lives… Akhilesh Kumar is also a MMA instructor and has recently begun building bikes in his free time. Megha Shankar is finishing up her Masters in phsycology from Christ university and will be taking up ajob with an organization to help young adults and children, Kevin Vineeth Kumar runs his own NGO – Hope Springs bringing medical and necessary supplies to rural people in south India , Sudhakar Prabhu works with an interior designing firm and Varshita Ramesh is a student at Mount Carmel College Bangalore.

Their musical influences range from Queen, Guns and Roses, Pat Benetar, Beth Hart, The Beatles to The Dave Mathews Band, Maroon 5 to name a few…..

One things for sure, One Girl Shy will always be an all original song writing band and will carry on for the distant future…… 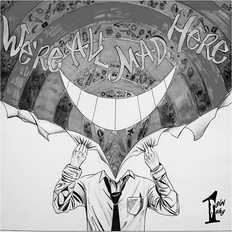 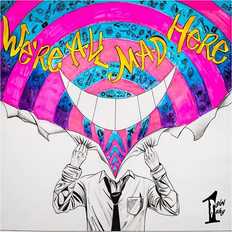 We're All Mad Here
by One Girl Shy