Sonam Sherpa, one of the most well known Guitarist in India started his career as a founding member of Parikrama. After 24 years and still going strong, Sonam and Parikrama continue to rock  as the oldest rock band in India. With over 2000 shows in India and abroad, they have had the opportunity to be a part of Download Festival (UK), Iron Maiden Tour in India and UK, India Festival in Kennedy Centre Washington, ICCR concerts all over the world and various college festivals in India. He is also listed by Rolling Stones as one of the Top 10 Guitarist in India.

Apart from Rock Music, Sonam also worked as a Music Director in the Bollywood Movie “Manjunath” released in 2014. A powerful story about an ordinary man’s fight against corruption it won an award in the Screen Awards.

Sonam has collaborated with his wife Dina in a band called the Northeast Express. This band is a collection of old friends and music is the medium of friendship.

Sonam is a passionate about music education and has been running Parikrama School of Music in Delhi since 2003. It is through this school he is reaching out to the next generation of musicians and investing his experience and knowledge, which gives him immense satisfaction.

Dina Ralte is the vocalist of Northeast Express and a music teacher in Parikrama School of Music. Music is the passion and life for Dina and Sonam and it finds expression in both the band and the school. The Northeast Express was formed in the late 1990’s and was one of the first bands to play regular gigs in Pubs all over Delhi. From World Music Day celebrations in Delhi and Dimapur to happening nightspots like Hard Rock Café, Out of the Box and HT Friday Night Jam in Cyber Hub, Northeast has spread the magic of music.

Dina has been teaching music for the past 12 years in Parikrama School of Music. Vocals, Composition, Song writing and performance are some of the aspects of music she specializes in. Teaching and mentoring young musicians is what makes her day meaningful. 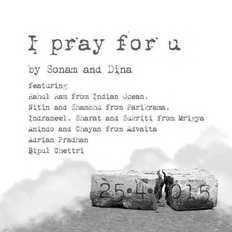 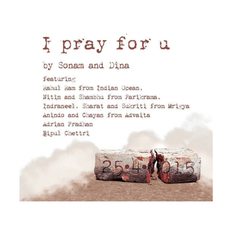 I Pray For You
by Sonam & Dina Sherpa

24
Musicians earn 70% of the net price of their music being sold on OK Listen | Support musicians you love | Buy legal music at www.oklisten.com
oklisten
Now Playing:
Current Playlist
Update Required To play the media you will need to either update your browser to a recent version or update your Flash plugin.