Sourabh Joshi is a Engineer Turned Singer originally from Jabalpur. He moved to Mumbai to pursue his passion for music. His first Bollywood debut song as a Singer is " So Jao" from the movie HAIDER by Vishal Bharadwaj. He has been performing with Rekha Bharadwaj for many years as a singer for Shows. Recently he featured with Rekha Bhardwaj On Very Acclaimed Show 'MTV Unplugged' 2019 Season 8 as a singer for the songs 'Judaai' and 'Mileya Mileya' and instantly captured hearts of millions with his soulful voice. https://voot.app.link/pFUHIcOUEZ https://voot.app.link/iFfxUvPUEZ 2019 got him his first Marathi Film Title Track ' Aamhi Befikar' . https://youtu.be/y2SVF4ypJsY 'Dilbaro' His Hindi Single sung by also released in 2019 with the label 'T Series' This song came to him all the way from Srilanka Music Industry and expanded his fan following even out of India. https://youtu.be/44B39QVzzKA His Journey of singing and composing his own originals songs started in 2016 with 'Bheege Hum' released with the label Zee Music https://youtu.be/j0DyqiLB5j8 Followed by 2017 Single 'Banjara' with label Strumm entertainment. https://youtu.be/XD5r8Q5jBeo And 2018 saw release of his original song 'Chandni Raat' with Zee Music. Which got him much appreciation. https://youtu.be/23x8vGLnja4 His Latest Single of the year 2019 is ' Ehd - E - Wafa' and is relealsing/ is now on his own YouTube channel. You can find his latest travel series cover and other cover songs on his YouTube Channel Sourabh Joshi: https://www.youtube.com/playlist?list=PLBxrFPGXNrH4Kjr69DwpyEOthVPpZc_hR He continues to travel for shows with Rekha Bhardwaj and Bollywood Gharana In India and All over the world. His own band 'Sourabh & The Quartet' Is making his fans wanting more of him. 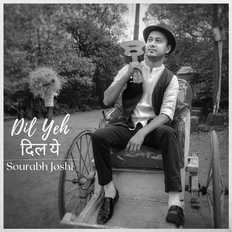 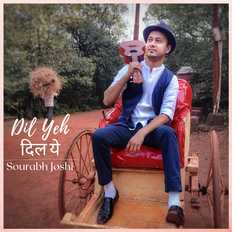