Daughter of late renowned Goan Theatre Artistes Ophelia and Bab Peter Began her career on the Konkani stage at the age of 2 in Bab Peter's drama Konn Nhoi Konnacho which was staged in Mumbai, Goa and Africa. She is known for her singing prowess and has sung in over 45 Konkani albums by Bab Peter-Ophelia - Konknnim Mottiam, GOAN, Myrose, Tourist Centre, Ophelia to name a few. She has been awarded many prestigious awards by several institutions including the Young Achiever Award by the Goan Review. Through her latest music album, 'Omor Mogachi Kanni' Tatum will celebrate Bab Peter Ophelia's immortal love story and carry forward their legacy. The album features a total of 12 songs, which include Bab Peter’s new unreleased songs, some classics recreated and original tracks composed by Tatum. The music is arranged by none other than Ronnie Monsorate. The topics selected for the songs are contemporary and the music arrangements span across various genres like Goan folk, jazz, blues, reggae, rock-a-roll, pop and traditional ballads. The album is produced with an ensemble of live instruments and features a mix of solos, duets and trios. 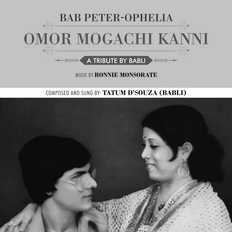 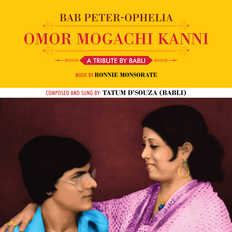 150
Musicians earn 70% of the net price of their music being sold on OK Listen | Support musicians you love | Buy legal music at www.oklisten.com
oklisten
Now Playing:
Current Playlist
Update Required To play the media you will need to either update your browser to a recent version or update your Flash plugin.