The Yellow Pages are an alternative acoustic duo formed in May 2005. The band comprises of Simran Talreja (Vocals) and Gaurav Jagwani (Guitars, Bass, Piano, Harmonica, Tambourine, Keys, and Vocals). Their initial objective was to perform acoustic covers of popular tunes. Over the years, they diversified into writing and composing original music crossing all genres but keeping to their roots of doing it all on the acoustic guitar. Their songs inspire the feeling of hope, fun and general happiness, though they have some tracks that talk about life in its dark times too.

Their first release, the self-produced EP, TYP EP, had two of their originals and three covers. It was made available to the public on January 1st, 2009. Their debut album, The First Edition, released on 27th July, 2012. It was produced by Jai Vaswani of Black Flower Music. With Simran Talreja moving to Australia shortly before the debut release, the band is on hiatus. However, Gaurav Jagwani will be performing some of the band’s tunes since he has done so before at his solo performances.
Band photo courtesy : Akshata Shetty
contact 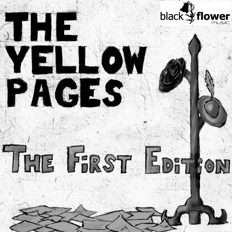 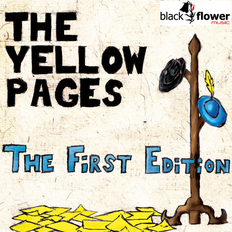 The First Edition
by The Yellow Pages

130
Musicians earn 70% of the net price of their music being sold on OK Listen | Support musicians you love | Buy legal music at www.oklisten.com
oklisten
Now Playing:
Current Playlist
Update Required To play the media you will need to either update your browser to a recent version or update your Flash plugin.