Born and raised in the United States, Tanuja Desai Hidier is an author/singer-songwriter now based in London. She is a recipient of the James Jones First Novel Fellowship and her short stories have been included in numerous anthologies. Her pioneering novel, BORN CONFUSED, was named an American Library Association Best Book for Young Adults and became a landmark work, recently hailed by Rolling Stone and Entertainment Weekly as one of the best YA novels of all time. USA Today commended it as “compelling and witty…gives voice to a new generation of Americans…a rare and daring portrayal.” In starred reviews, Publishers Weekly praised it as “absorbing and intoxicating…sure to leave a lasting impression,” and Kirkus Reviews called it “a breathtaking experience.”

WHEN WE WERE TWINS, Desai Hidier’s album of original songs based on BORN CONFUSED was featured in Wired Magazine for being the first-ever “booktrack.” Wired deemed it “reminiscent of Alanis Morissette...[the music] reflects the clash of styles, sounds, and influences inherent to cultural assimilation and urban living.”

Tanuja’s new novel BOMBAY BLUES (deemed “a journey worth making” in a starred Kirkus review, “a lovingly detailed homage to Bombay…an immersive blend of introspection, external drama, and lyricism” in Publishers Weekly, and “a chronicle of Bombay cool” in the Hindustan Times) and her accompanying album, BOMBAY SPLEEN released in India January 2015, and the USA/Canada August 2014. Interwoven with passages from BOMBAY BLUES, her “rock-n-reading” single “Between the Rock & the Ether,” co-written with and produced by Asian Underground legend State of Bengal (Björk, Massive Attack, Nusrat Fateh Ali Khan, Cheb i Sabbah) releases next.

You can purchase her books on Amazon 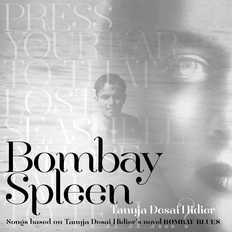 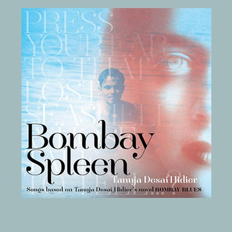