At 21 yrs of age, pianist Utsav Lal is a musician extraordinaire who has set a precedent in the world of music with his rendition of Ragas on the Piano.

Choosing to perform on an instrument that has traditionally been considered unsuitable for Hindustani Classical Music,Utsav’s innovative handling of a raga blends his diverse musical influences and has left listeners spellbound. His soulfulrenditions in traditional Alap jod jhala style are expressed with simplicity, sincerity and depth and have won him fans in every corner of the world. Lal’s playing with rhythmic intelligence and unfailing clarity of technique veers from delicately decorative to dazzling moments of improvisations.

Bestowed with the unique title of “Raga Pianist”, the musician is a delight to watch as he loses himself to his music, fingers follow the pace of the mind with dreamy embellishments and flights of fancy, breathing voice and soul into the piano as he unfolds the notes of the Raga to createa captivating musical experience.

Lal’s musical creativity draws fromhis advanced training in western classical and jazz at the world’s best international music conservatoires along with the exploration of Dhrupad style under his Guru, Ustad F.Wasifuddin Dagar and instrumental style under violinist mentor Sharat Srivastava. 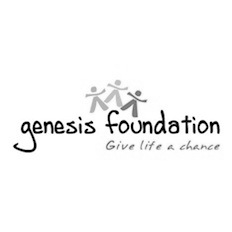 240
Musicians earn 70% of the net price of their music being sold on OK Listen | Support musicians you love | Buy legal music at www.oklisten.com
oklisten
Now Playing:
Current Playlist
Update Required To play the media you will need to either update your browser to a recent version or update your Flash plugin.