When I see or discover a story on the roads or in a moving train or in a dazzling shopping mall and feel inspired to write a song, I want to take that personal experience to another level by finding its connection with the closest social issue and express it in as universal a way as possible. I'm a global citizen with global thinking abilities. I have trained my mind to see things from all possible perspectives and I wish to live life that way. I want to think and work in whatever I do…towards a balanced world, a world that creates a better quality of life for all the human kind.

And so, many travels and international lectures and many workshops later, today I am on with my musical journey in modern India inspired by my icons of social change in the West. I began to sing about the small happiness of daily life, the hope I still see in peoples’ eyes, peace, the colors and effects of globalization and the demented chasing after the good life. I have been walking the musical side-street now for over twenty years, sometimes making a living from my writing and my music. Twenty years later, a new pain pierces my songs everyday as I watch a neo-liberal globalised contemporary India sprout gory horns of consumerism, centralization of power, displace its rural poor with massive development projects, rape the land and its women, trivialize the commonsense of traditional knowledge, nurture corruption into large-scale plantations, delay justice for the common man, capsize her own identity and self-respect, and systematically get rid of the good and sensible in favour of "more cash." Wither the safety of a sane society? I must sing now for India as I sang in my youth to just let my song out there, out of the cage.

The one overriding conviction that has settled into my guitar-playing fingers is that 'story telling' is the best way of sending a message about even the most complex issues. In my twenty years of using songs as a medium of communication, I am convinced about the efficacy of music as an influence of change. The pulse of the audience transmits itself again and again to me – I have felt conscience stirring, I have seen women cry, heard children clap and sing the chorus and heard the sighs of men. In the middle of all this, I offer thanks that in the last twenty years I haven't sold my mind to ‘music without aesthetics and meaning.’ I have wrote and sung what I believed in and believed in what I've wrote and sung. And so I've come to be known as an "alternative urban folk" singer, a term I coined in order to define my style of singing and songwriting as opposed to the traditional folk music styles, which are rural based and had its own themes which were very different from a rapidly urbanizing India. On the other hand, urban India, with all its contradictions was permeating into the slumbering rural life of India.

While I sing about the deep morass of the moral and civic decay of modern India and the increasing decline of the moral order, I also try to draw upon her perennial wisdom. I have been fascinated by the living traditions of the Bauls of Bengal, a group of wandering minstrels. I translated a large number of songs of Lalan Fakir – a legendary Baul, for my academic interest and for my own soul searching and have worked extensively with many Bauls in India and Bangladesh.

Victor Ghoshe and his work:

A writer and a musician by heart, Victor Kalyan Ghoshe is a Lecturer, a Social researcher and an award winning ‘International Communication Professional’; whose mission is to rediscover tribal and folk art forms & cultures and use them for universal harmony.

Every piece of Ghoshe’s work (his music, writings & paintings) reflects ‘The core philosophy of this universe in its simplest form  -  “Life”.

Ghoshe holds a master's degree in Social Work and a PG Diploma in Communication Design. He is pursuing his higher studies in ‘Social communication through music’.
He works in the Social Sector. Closely attached with the Ministry of Health, Govt of India as a Communication Adviser and attached with Indian Institute of Mass Communication, and Jwaharlal Nehru University, Delhi as a guest lecturer. He lives in New Delhi with his wife Juthika Ghoshe. 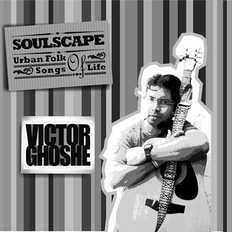 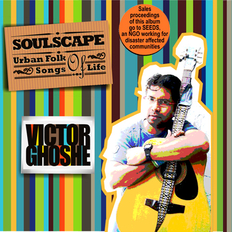 72
Musicians earn 70% of the net price of their music being sold on OK Listen | Support musicians you love | Buy legal music at www.oklisten.com
oklisten
Now Playing:
Current Playlist
Update Required To play the media you will need to either update your browser to a recent version or update your Flash plugin.